This is a system-neutral pair of encounters, items, ideas and prose focussing on an ancient earth elemental, Atrabilis, and the death of his friend Cthonak, an adventurer and one of my first player characters, which in itself sparks new life.

Hopefully, there's some ideas and inspiration for your games.

Send you all so much love and positive vibes! 💛🐻

I had a whole document of random ideas for the #RangerPunkJam, ready to make some kind of rough field guide, but at the last minute I saw came across the Grim Press Commercial Fantasy Art Subscription 2021 (https://www.drivethrurpg.com/product/343931/Commercial-Fantasy-Art-Subscription-2021?affiliate_id=1507682) and fell in love with the Earth Elemental artwork by Bob Greyvenstein and the angry earth vibe seemed to be perfect for the jam.

I have no idea where the story came from, but Cthonnak was my first D&D character (after my partner one shot their predecessor, Acerbyron, with the first attack of the campaign when we were still playing Pathfinder). The city in which we began the campaign had a bizarre banning of mint, so I asked if I could have a tiny mint seedling Cthonak was looking after. I believe Lissuin means mint or is some kind of flower in Tolkien’s works, so that was her name. He always looked after her and I wondered if anything would come of this trinket, but as the story mentions, Cthonak got himself and the party in a situation that was really touch and go. I had a new character idea, so it was perfect timing for the big guy to take his leave of the party and go wandering with Lissuin.

I always planned to play Cthonak again, and I still might, but I was genuinely emotional writing this as I wasn’t expecting or planning to kill him off, but I love the fact that he and Lissuin get their moment together, even if it is some bizarre Mountain/ Robert Strong/ good zombie dryad, or whatever the Green One is.

This is a lot of last-minute rushing and my first time playing about with layout, but I had so much fun writing this and listening to some Rancid, Lars Fresriksen & the Bastards and Transplants to get that punk feel. I don’t know if this meets the brief, but I truly enjoyed this rushed, late night experience and I hope you get something fun to think about and maybe playout in your games.

If you do or want anything shared and hyped, especially any charity bundles and new creators, hit me up on twitter: https://twitter.com/CurseofSebs

I just want to thank Maria Mison for just being so fucking inspiring!

https://mariabumby.itch.io/i-eat-mantras-for-breakfast  just fucked my shit up in the most glorious way! 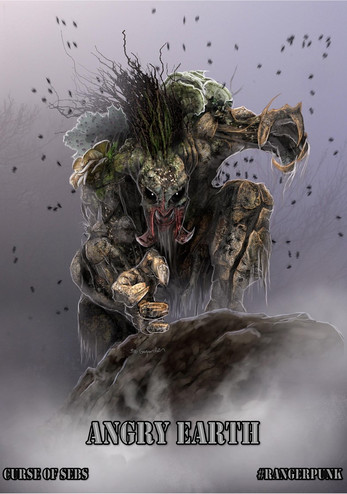